We use cookies to provide you with a better experience. By continuing to browse the site you are agreeing to our use of cookies in accordance with our Privacy Policy.
Home » Blogs » Bearings with Norm » Ball Bearing Thermal Speed Rating Norm Parker is currently the Sr. Specialist Roller Bearings - Propulsion Systems at Stellantis. He has written the "Bearings with Norm" blog for PTE since 2014.

Physical heat generation plays an important role in bearing life and operation. Maintaining a steady temperature will be vital as the EV market grows in the future.

Hello folks, I hope all is well in bearing land. I had a chance to meet up with some old bearing pals over the weekend. We all worked in the same small bearing office at one time and had really developed a special relationship that is hard to find in a mega-complex corporate world headquarters. A few of us have left over the years, but we still all work together occasionally as customer/supplier. Even though we all work in different tiers of the business, we are all feeling the heat of the electrification revolution.

The expectations are high and workloads are substantial. We all understand that there is a backside to this mountain—one where there are not 10,000 engine part numbers, transmissions with four planetaries and clutches, no transfer case, independent axles, exhaust system, etc. With this potential massive part reduction, I have already seen two large, tapered bearing plants in the United States close with no replacement. Additionally, consolidation moves throughout the industry. The companies that supply traditional powertrain components are trying to pivot or prepare for the eventual diminishment—if not demise—of the 120-year-old model of building cars and trucks. This isn’t going to happen overnight, but most real predictions see classic powertrain models at about 30 percent of today’s numbers by 2030.

Today, we are not just talking about heat as a metaphor for workload, we are talking about physical heat generation in our bearings. We are going to talk about ISO 15312:2018 which discusses the thermal speed rating. Unlike the limiting speed we discussed last time, where we’re concerned about the strength of the cage for high-speed dynamic, thermal speed ratings are focused on the ability to cool the bearing to maintain a steady temperature.

Different bearing catalogs have their own thermal speed rating formulas.

Note 1 to entry: The thermal speed rating is one among various criteria which permit comparison of the different rolling bearing types and sizes with regard to their suitability for operation at high speed.

Note 2 to entry: Mechanical and kinematic criteria which could lead to further speed limitations are not taken into account by the thermal speed rating. (ISO 15312:2018(E), p2)

Literature from Schaeffler can be interpreted to have a different meaning, referring to the thermal speed rating as an ancillary value to the thermally safe operating speed, which is defined in DIN 732:2010.

The thermal speed rating nθr is used as an ancillary value when calculating the thermally safe operating speed nθ. This is the speed at which, under defined reference conditions, a bearing operating temperature of +70°C is achieved.

The thermal speed rating is not a speed limit for the application of a bearing. It is primarily for the purpose of comparing the speed suitability of different bearing types under defined reference conditions.

A speed limit taking account of the thermal balance can be calculated using the thermally safe operating speed. [medias.schaeffler.us/en/speeds]

As I am going through these standards and bearing manufacturers’ literature, I am finding different interpretations—or definitions—or both—between different sources. For instance, if you refer to the online catalog for Schaeffler’s standard 6205 ball bearing; Limiting Speed: 19,600 rpm. Reference Speed: 14,400 rpm. Where SKF’s similar 6205: Limiting Speed: 18,000 rpm, Reference Speed 28,000 rpm. Recall the limiting speed is that mechanical rating we discussed previously (which are reasonably close); however, it is obvious they are not referring to the same reference speed. Interestingly, SKF makes no definite statement about DIN 732 where Schaeffler does. I suspect these two standards play into part of this disconnect.

The thermal speed rating is not a speed limit for the application of a bearing. It is primarily for the purpose of comparing the speed suitability of different bearing types under defined reference conditions.

If you are sufficiency confused, you are not alone. Let’s just jump into some calculations and see if we can figure this mess out. I will stick with the 6205 (25x52x15 mm) as the reference for 15312.

To get started, there are some reference conditions to note.

Let’s start with the governing equation or work backwards. The thermal speed rating nθr is given as

Plugging in the known values:

(Hint: I had to break out the Ti89 numerical solver)

Ok, so this is the thermal speed rating which is looking similar to Schaeffler’s Reference Speed of 14,400 rpm (probably within rounding error) but nowhere close to SKF’s 28,000 rpm reference speed. By this definition, this is the speed that would get you to 70⁰C from room temperature with no external heat with a very light load running in an oil bath. Recalling a line from earlier: The thermal speed rating is not a speed limit for the application of a bearing. It is primarily for the purpose of comparing the speed suitability of different bearing types under defined reference conditions. 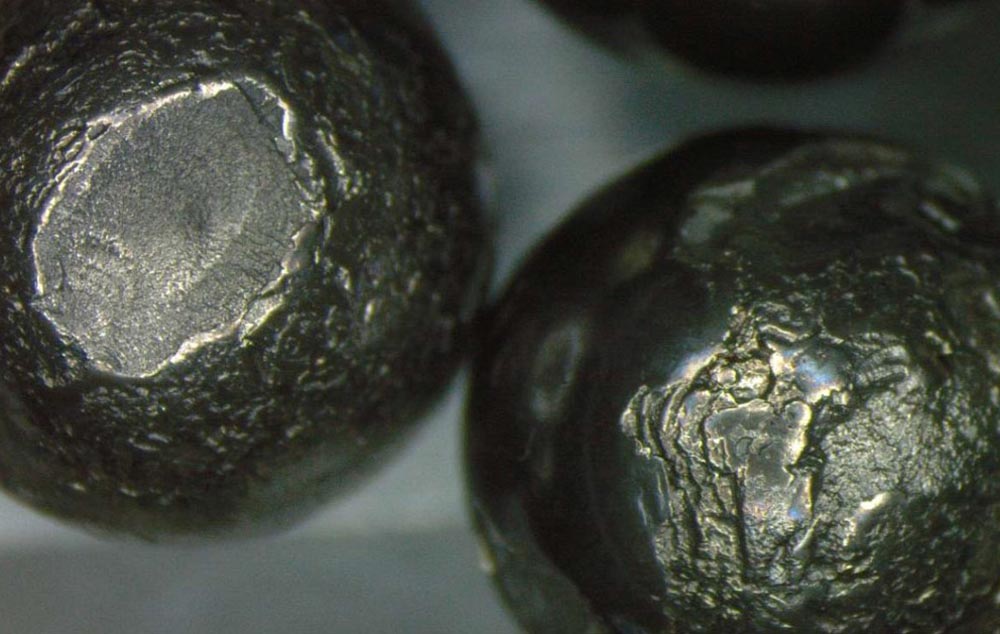 Reference conditions are needed to determine the thermal speed rating for bearings.


We are going to have to leave this here for the next blog where we go into the DIN rating and compare several different suppliers limiting and reference speeds. The search for the true load rating is turning into quite the search, but we will get there!