We use cookies to provide you with a better experience. By continuing to browse the site you are agreeing to our use of cookies in accordance with our Privacy Policy.
Home » Comparing Machine Screw Jacks and Ball Screw Jacks for Heavy Lifting Capabilities

Engineers should consider the following factors during the design phase

Figure 1—Machine screw jacks (left) use a threaded metal shaft and nut, which is very economical but provides high friction and low efficiency. Ball screw jacks (right) are more expensive, but their use of rolling balls reduces friction and improves efficiency. (Images courtesy of Thomson Industries.)

When motion system designers want the application flexibility of an electric linear actuator and a hydraulic cylinder's heavy lifting, lowering and tilting capability, they often turn to screw jacks. Where electric actuators might handle up to two tons, screw jacks can handle more than 100. Their high load capacities come from a worm gear configuration that converts energy from motor or manual input. The two main types of screw jacks are machine screw jacks and ball screw jacks (Figure 1).

Machine screw jacks can be provided with a threaded alloy lift shaft attached to a load driven by a bronze nut or ball bearing nut, or the lift shaft can be attached to the drive gear and drive a travel nut that attaches to the load. The relatively simple metal-on-bronze design makes machine screws less expensive but produces more heat-generating friction, making them less desirable for many applications. A ball screw jack also uses a threaded metal lift shaft, but the nut is outfitted with rolling balls that can reduce friction between the screw and nut by nearly 95 percent, offering significant advantages for many applications.

To determine whether a machine screw jack or ball screw jack is the right fit for your application, consider the following application parameters early in the design phase:

Other design factors that may come into play are the needs for energy efficiency, predictable lifecycle, precision, and position control.

Motion application developers typically consider screw jacks for loads between ¼ and 100 tons. When machine screw jacks are linked together, even higher loads can be achieved. For example, if the loads are static, machine screw jacks would most effectively support bridges for extended periods as friction would not be a problem. However, for dynamic loads with frequent load cycles, such as moving a conveyor segment between two lines in a production facility, a ball screw configuration would be better. This type of application would produce high friction on a machine screw jack.

The potential for shock loading should also be considered. Although vendors seldom recommend machine screw jacks or ball screw jacks for high-shock environments, both can temporarily exceed their rated capacity by about 10 percent for dynamic loads and 30 percent for static loads.

After load conditions, the most important variable to consider is duty cycle, the percentage of time the screw jack will be working. The machine screw jack’s limited ability to dissipate heat constrains the duty cycle. If the jack operated less than 25 percent of the time, which may be necessary to adjust the position of a heavy press, the machine screw jack would be adequate. In many applications where high cyclical load movement demands high-duty cycles, often ball screw jacks can be the preferred solution (Figure 2). 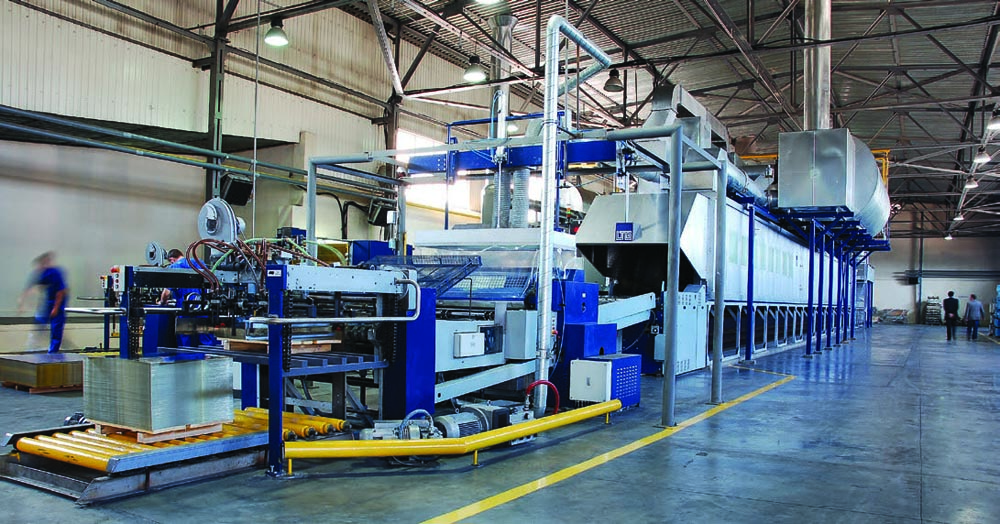 Figure 2—Due to their higher duty cycle, ball screw jacks are ideal for designers looking to produce a fast-paced automated conveyor system.

The hotter the ambient temperature, the greater the need for the low-friction operation of ball screw jacks. Factors contributing to heat and thus favoring ball screw usage include travel length, oscillatory motion, and speed. Designers would not, however, typically use screw jacks in high-speed operations.

Efficient energy usage also gives ball screw jacks an advantage in reducing costs. Because of their efficiency, ball screw jacks require less horsepower to operate and thus consume less energy. This feature enables designers to specify a smaller motor to meet sustainability objectives. However, this choice does depend on other application variables, including the duty cycle, environment, and speed.

A simple horsepower calculation can determine the proper size of screw jack to use in each application. In addition, measuring the housing temperature can ensure the jack’s usage is not exceeded. Suppose the
temperature exceeds the screw jack’s limitations. In that case, the designer might still benefit from a more cost-effective machine screw jack but would need to use a larger jack, reduce the motor input speed, or use a right-angle reducer. Otherwise, they can use a ball screw jack to take advantage of their higher efficiencies.

The high-friction operation of the machine screw within a jack requires about twice as much input torque, so a larger motor would also be required. In applications in which either multiple machine or ball screw jacks are configured in a system, a single motor could drive all jacks, further improving energy efficiency. A scissor lift, for example, might deploy jacks driving its left and right sides with a connecting shaft in between. One motor can drive both jacks (Figure 3). 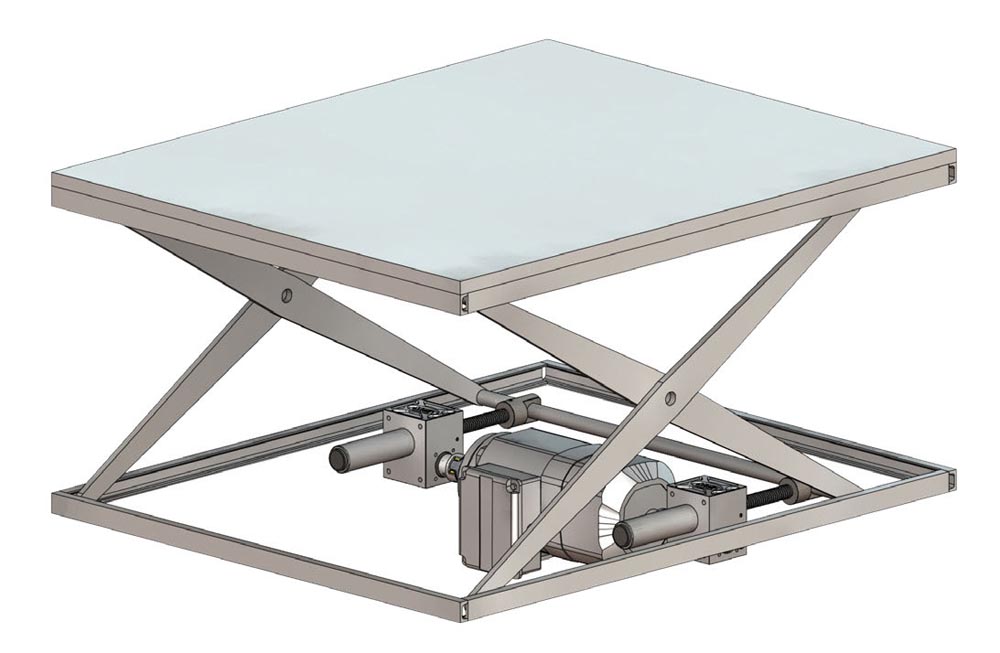 Figure 3. The two screw jacks on this scissor lift can work with a single motor. If the duty cycle was less than 25 percent, they could operate with a machine screw jack, which might counter the higher energy consumption.

Axial pressure on the lift shaft or travel nut can push it backward, especially if a brake or other holding mechanism in a vertical orientation fails or the system loses power. In such cases, the relative inefficiency and high friction potential of machine screws give them an advantage over ball screws. Depending on the gear ratio and efficiency of the lift shaft, machine screw jacks can be considered self-locking.

The high efficiency of ball screws used in vertical configurations can cause them to slide backward easily if power goes down. For that reason, ball screw jacks must be outfitted with a brake or other holding mechanism, adding cost and complexity.

While ball screws have an advantage in high-duty-cycle applications, machine screws have advantages where particulates, toxic chemicals and vibration are present, or excess noise can be an issue.

Machine screws are less sensitive to contamination, making them better for areas in mills or woodworking where particulates might fill the air. Machine screw jacks can be supplied with stainless steel to prevent corrosion in high-moisture environments. Ball screw jacks can utilize various plating techniques to achieve similar benefits.

Machine screw jacks are less sensitive to vibration and quieter because no balls are recirculating. This makes them preferable in noise-sensitive environments such as residential or healthcare settings.

The engaged frictional thread of the machine screw jack makes it difficult to predict its life cycle. Ball screw life cycle, however, can be calculated based on measurable inefficiencies that contribute to fatigue of the ball bearings under a dynamic load. Known as the L10 standard, this calculation estimates the number of revolutions or hours at a given constant speed that 90 percent of a screw system’s group of bearings will complete or exceed before failure. It is impossible to predict the life of machine screws, so if end users need to predict the life of their screw jacks, the ball type is the only option.

For example, a tilt station platform supporting a team working on a large airplane wing might use multiple ball screw jacks synchronized in communication via a CAN bus network. However, if the platform needed adjustment only two or three times per week, a machine screw jack would be adequate. In that latter case, even a machine screw jack equipped with a single general-purpose motor—using shafting to mechanically link each jack—might be sufficient.

In many applications involving loads of up to 100 tons, screw jacks can provide a desirable alternative to hydraulic cylinders. Still, it is important to specify the correct type of screw jack. For static loads with duty cycles below 25 percent, a machine screw jack will usually be the most cost-effective. For dynamic loads with higher-duty cycles, a ball screw jack is necessary.

However, within those broad parameters, many other factors could affect the decision. Machine screw jacks are more resistant to airborne particulates and corrosive chemicals, are quieter and have minimal backlash. Ball screw jacks, on the other hand, have more predictable life cycles.

Of course, whether the machine screw jack or ball screw jack is right for you will depend on your application parameters. No matter which screw jack you choose, their increased control, tremendous power, easier installation, and environmental friendliness will instill confidence in your motion system design.