We use cookies to provide you with a better experience. By continuing to browse the site you are agreeing to our use of cookies in accordance with our Privacy Policy.
Home » And the Winner Is

And the Winner Is

And the Winner Is…

Winners of the 2015 Powder Metallurgy Design Excellence Awards Competition, sponsored by the Metal Powder Industries Federation, were recently announced at the POWDERMET2015 International Conference on Powder Metallurgy & Particulate Materials. Receiving grand prizes and awards of distinction, the winning parts are examples of PM’s precision, performance, complexity, economy, innovation and sustainability. The winning parts show how customers from around the world are taking advantage of PM’s design advantages. 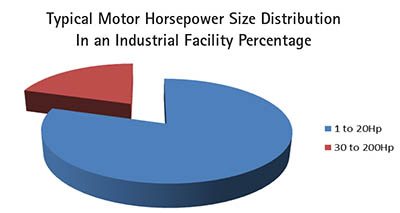 Advanced Materials Technologies Pte Ltd. (Singapore), earned the Grand Prize in the Automotive — Engine Category for a MIM bus nozzle used in a selective catalytic reduction (SCR) system of European commercial vehicles. The nozzle performs the SCR function using urea and compressed air to reduce the NOx produced during combustion to N2 and H2O. Made of an austenitic stainless steel (AISI HK30), the part employs a patented technology that uses a removable polymeric insert to form the complex internal undercut channel, a feature the fabricator deems “impossible” to achieve using conventional machining. All internal channels are achieved through MIM, while the threads on top are machined, and Micro TIG welding is used to seal the small openings left by the polymeric insert; tip flatness is achieved through a grinding operation. It is estimated that fabricating the nozzle through the welding/brazing of multiple parts would have increased its cost by more than 200 percent. 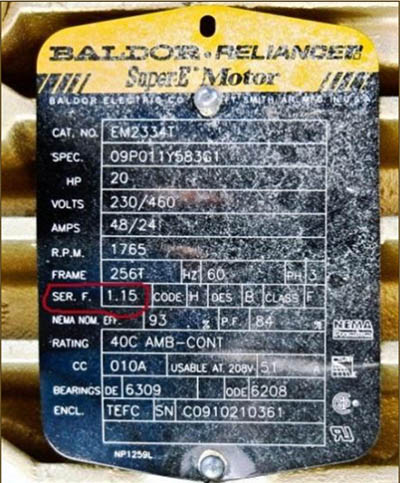 FMS Corporation (Minneapolis, MN), was awarded a Grand Prize in the Automotive — Transmission Category for a thrust washer and two back-up washers made for its customer Allison Transmission. The components play a critical role in the function of Allison’s new TC10 automatic transmission for Class 8 (18-wheel) tractors. A first of its kind for the trucking industry, this 10-speed automatic transmission enables even inexperienced drivers to achieve 5 percent fuel savings over typical manual transmissions, thus contributing to a significant lowering of CO2 emissions. Fabricated of a proprietary low-alloy steel, the three parts are warm compacted to achieve high green density, then vacuum sintered at high temperature, gas-pressure quenched, and tempered. They’re produced very close to net shape, with only precision machining of some surfaces performed to improve the micro-finish as well as for dimensional accuracy. While these washers were an original PM design, they’re estimated to save 30 percent over the cost of comparable forged/machined components.

“We were approached by the customer, who had gotten some information on a new material that we’re using that has very high-strength properties and wear properties,” says FMS Director of New Product Development Michael Corazzo about the winning product. “They came up with a few parts they thought would be a good application for [the product]. The testing was substantial. It’s a transmission part that they offer a 750,000-mile warranty on, so they wanted to do their testing ten times that — so basically 10 million cycles. It took almost a year to do the testing, and now here we are.

“For us, it’s a testament to some of the abilities of the people here at FMS [that we won the Grand Prize]. Most of the guys in the automotive industry have multiple plants around the world and revenues of billions of dollars, and we’re the little guy lost up in Minnesota here. It’s kind of like we’re getting in with the big boys. It’s an honor.” 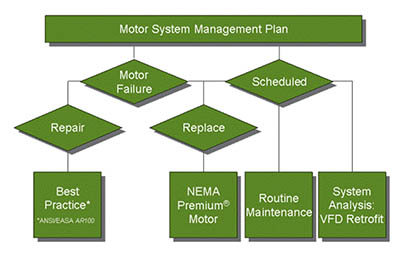 Keystone Powdered Metal Company (St. Marys, PE), received the Grand Prize in the Automotive — Chassis Category for a rake cam, right-hand and left-hand guides, and an eccentric cam made for its customer Nexteer Automotive. The diffusion-alloyed steel components are used in Cadillac ATS and CTS, Chevrolet Impala, and GM Holden Commodore (Australia) steering columns. They’re key elements of the column’s tilt and telescope adjustment feature, serving a vital role in maintaining the column’s position during a crash event. The multi-level parts are fabricated to net shape, with in-line heat treatment and tempering being the only secondary operation performed to ensure the required hardness and strength. The rake cam has features that allow for a mechanical lock of the plastic overmold, in an operation performed by Agapé Plastics, Inc. The economic targets of the customer’s preferred design for the steering column tilt/telescope adjustment and lock — with a “pin pocket” that gives a positive detent feel — could be met only with the flexibility offered by PM.

Grand Prize in the Hardware/Appliances Category 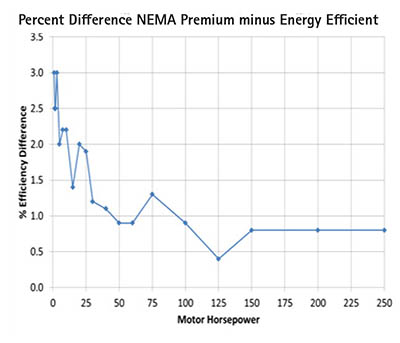 Allied Sinterings, Inc. (Danbury, CN), received the Grand Prize in the Hardware/ Appliances Category for five conventional powder metallurgy (PM) components that are assembled in a planetary gearset. The parts — input flange, output flange, planet gear, sun gear, and ring gear — go into a self-contained single-stage gearset used in high-end lighting-control applications. The input and output flanges are made of nickel steel, the planet and sun gears of a low-alloy hybrid steel, and the ring gear of a sinter-hardened steel. The assembly is completed using a washer, spacers and dowel pins, easily producible or off-theshelf items whose use was a specific objective of the gearset design. Both flanges are produced net shape, requiring no secondary operations. The sun gear is designed as a compound gear, with the second gear serving as a spline for the mandrel. It and the planet gears are heat treated to increase their strength. The lower hardness requirement on the ring gear allows it to be made of a sinter-hardened powder. Tight tolerancing is essential for the gearset’s quiet operation.

“It’s an industry honor to be recognized by our peers,” says Allied Sinterings President Mark Foster. “We’re proud of the fact that we’ve made it eight years plus without a single failure and we have 100 percent on-time delivery. “It’s just a testament to the good design.”

Award of Distinction in the Hardware/Appliances Category 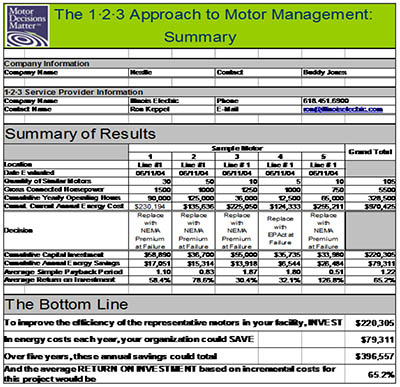 Indo-US MIM Tec Pvt. Ltd. (Bangalore, India) received the Award of Distinction in the Hardware/Appliances Category for two metal injection molded (MIM) 17-4 PH stainless steel parts — front and rear keepers that go into industrial electrical locks — made for Rutherford Controls Inc. The parts’ complexity, with many cross holes and sharp knurl features, required the use of multiple slides, some moving at different angles. The parts are made close to net shape, requiring only a final coining to adjust a small distortion and a tapping operation on the front keeper. Annual quantities are 20,000 per part.

Award of Distinction in the Electronic/Electrical Category

Indo-US MIM Tec Pvt. Ltd. (Bangalore, India) received an Award of Distinction in the Electronic/Electrical Category. The award was given for a metal injection molded (MIM) 17-4 PH stainless steel shell made for Hirose Korea Co. Ltd. The part goes into a charging assembly for mobile phones. The complex geometry of the part, with thin cross sections and internal undercuts, was achieved with a slide-in-slide mechanism moving on specially designed cam tracks. The MIM part replaced an earlier design that used sheet metal processing and welding, with an estimated 20 percent cost savings. Two million of the parts are delivered each month.

An Award of Distinction in the Electronic/Electrical Category was also earned by Indo-US MIM Tec Pvt. Ltd. for two other parts — a male fool-proof device and a female polarizer — made for Amphenol Air LB France. Made via metal injection molding (MIM) from 4340 low-alloy steel, the parts go into an electric connector assembly made for Airbus. Both parts are fabricated to net shape, with all dimensions achieved in the as-MIM condition; this includes the threads, which are formed through auto unwinding in the tooling. The fabricator delivers 320,000 pieces annually.

Award of Distinction in the Hand Tools/Recreation Category 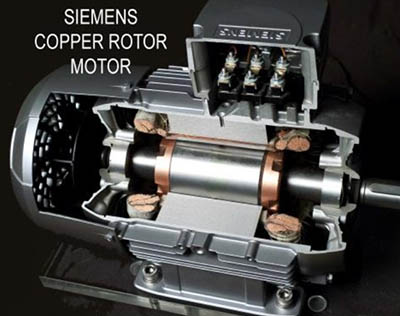 Porite Taiwan Co. Ltd. (Chunan, Miao-Li, Taiwan) earned an Award of Distinction in the Hand Tools/ Recreation Category for five components comprising an output gearbox that serves as feedback for an antitwist lock on a drill driver. The parts — intermediate flange, anti-twist lock, mount ring, centering sleeve and planet gears — are made from diffusion-alloyed steel. The flange is compacted using two upper and two lower punches, and powder moving technology is employed to achieve a more uniform density distribution. Tight tolerances at the inner and outer diameters are accomplished through machining, and a milling operation provides the holes needed for part assembly. The parts’ design, with extremely thin sections and complicated geometries, required precise control by a CNC compacting press. The powder metallurgy (PM) design saved more than 40 percent over the cost of manufacturing through forging and machining.

Erik Schmidt, Assistant Editor, has a Bachelor’s degree in journalism from Marquette University. He has a decorated writing history that includes stops at various journalistic enterprises in the Chicagoland area where he covered sports and hyperlocal news. He joined the staff of both Gear Technology and Power Transmission Engineering in 2014.