We use cookies to provide you with a better experience. By continuing to browse the site you are agreeing to our use of cookies in accordance with our Privacy Policy.
Home » Rewind Seminar Jump Starts Motor, Generator Know-How

Calling on engineers and maintenance power plant personnel, industrial users of low- and medium-voltage motors and generators and motor repair shop staff. The TECO-Westinghouse Motor Company (TWMC) hosts the EPRI Motor/Generator Rewind Seminar. The three-and-a-half day tutorial is intended for specialists and non-specialists alike who specify, contract and accept motor generator repairs and rewinds. Attendees come from a range of companies such as light electric utility, nuclear and motor repair plants and, “We get quite a mixture of people,” says Jim Oliver, the seminar founder. 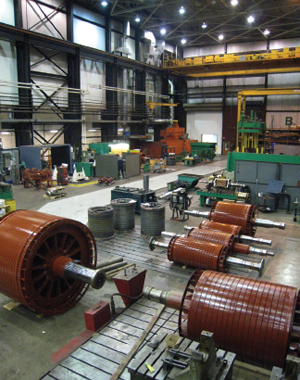 The Electric Power Research Institute (EPRI) of Palo Alto, California, came up with the idea for the course, which Oliver first wrote as a motor rewind book for the association. Oliver coordinates the whole seminar, which he began 10 or so years ago when the EPRI decided they wanted a course based on his book. The seminar has been held at different repair shops over the years, but 2008 is the fourth year the course is located at TWMC, just 20 miles north of Austin, Texas. EPRI licenses the course to Oliver because “They were restricted just to inviting EPRI members whereas I can invite anybody,” he says. 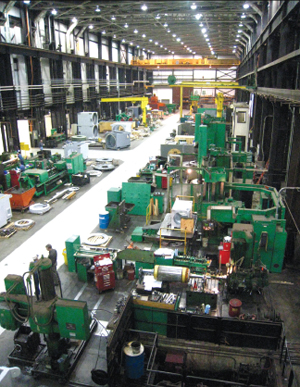 The program covers material on increasing capacity of nuclear power plant motors, turbine generator rewinding practices, motor testing, buying new motors, VPI resins and tiered motor maintenance. IEEE, NEMA and API industry standards are covered along with insulation materials, processes, coil design and manufacturing, stator cores, core testing, rotors and bearings. Attendees learn the intricacies of rewinding medium-voltage electric motors and generators based on design and function essentials, and how to develop rewind specifications for motors and generators from 480 V through 13.2 kV. One highlight of the course is a tour of TWMC’s 500,000-square-foot motor and generator repair and manufacturing facility, which is equipped with complete test and engineering services. Groups of four or five people each gather for the approximately three-hour tour. The length depends on how many questions are posed by attendees. Another highlight for many participants is the coil-making exhibits TWMC sets up as part of the tour. 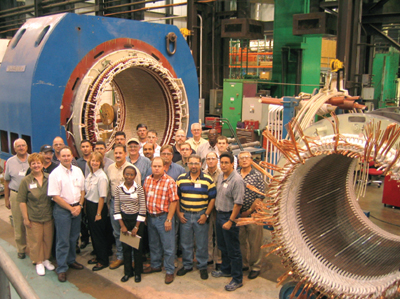 The seminar is taught by four instructors, including Oliver, Jim Michalec, Elton Floyd and Mike Howell. They have decades of experience in significant electric industrial areas, and TWMC engineers are available for consultation on specific technical issues. The instructors often swap topics with each other, demonstrating their versatility on the subjects, but they each have a group of segments they tend to teach.

Every year Oliver tries to improve the program by making minor changes or additions. “We give a critique sheet and carefully go over responses. We get good ideas from them,” he says. “We take all comments very seriously.” 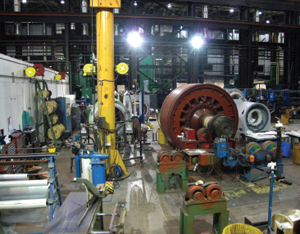 A comment made one year was to exclude testing qualifications because the topic interrupted the flow of the seminar, which Oliver came to agree with. Two years ago, he brought in the subject of steam turbine generators.

Last year’s seminar attracted 53 attendees. In recent years, international participants have come from Thailand, Spain, France and Korea. In addition to the presentations and TWMC tour, the seminar includes lunches and an annually upgraded, four-volume seminar book. Oliver says they always have extra books on hand to anticipate any last-minute registrants.