Our first conversation with Jeff Hemphill took place in February 2017. Back then, Schaeffler was focused on its “Mobility for Tomorrow” strategy. Hemphill—without the aide of a crystal ball—believed that the future of the transportation industry was going to be complicated with a diverse mixture of solutions and technologies existing side-by-side on our roads.

Electrification, E-Mobility, and digitalization still lead the way in 2021. The transportation industry continues to adopt hybrid and electrical systems to replace conventional powertrains, solve the battery challenges of tomorrow and prepare drivers from around the world for a clean energy revolution.

Meanwhile, Schaeffler continues to expand on the traditional principle that the emphasis is no longer just about the bearing or the motor or the clutch, but the entire integrated system.

“As OEMS are getting more confident in the volumes of electrified vehicles, they’re seeing the real benefits of bringing everything together to make the most optimal system,” Hemphill said. “In the past they may get power electronics from one company and a motor from another company and a clutch from another and so on. Now, they see the benefits of complete system integration.”

A Priority on Optimization

Schaeffler supplies technologies for all electrified drivetrains. Mass production of the electric axle transmission, a key component of electric axle systems, has been running successfully since 2017, providing optimum transmission ratios and power transfer from the electric motor to the wheels. This is a highly versatile component with a wide range of applications.

While system integration tops the list of E-mobility trends, Hemphill sees many of the same trends continue today that were discussed in 2017. “Batteries are still a challenge, but they continue to get cheaper and cheaper and we’re also seeing a renewed interest in hydrogen fuel cells, especially for heavy-duty vehicles.”

Condition monitoring is another area that is seeing some new developments.

“OPTIME, for example, was introduced in a plant setting allowing users to monitor an entire installation from their smartphones,” Hemphill said.

“We’re working on similar condition monitoring technologies for autonomous vehicles. You start to think about the vehicle more like a machine on the shop floor where utilization is important,” Hemphill said. “You’re going to be using the vehicle 70-percent of the time, so you can’t afford unexpected downtime. We’re trying to use these same OPTIME principles—basically instrumented bearings to try and predict when the bearings need to be changed out of a robo-taxi, for example.” 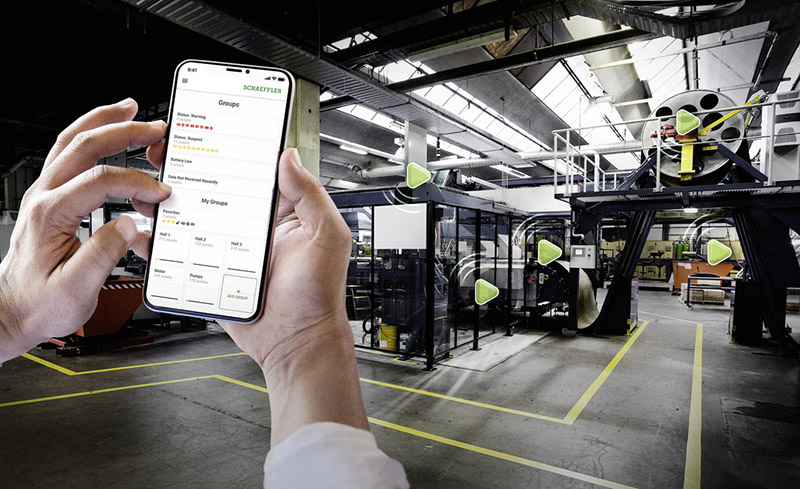 OPTIME allows the end user to utilize a fully wireless, battery-powered vibration and temperature monitoring system from their smartphone.

And with the level of information making its way through electric vehicles, security becomes an additional challenge.

“It’s fine when you’re using your own data to determine when you may need to change the right wheel bearing in an E-axle, but if you’re talking telematics and you have thousands of robo-taxis all connected to the cloud you’re looking at potential cybersecurity issues,” Hemphill said.

“It’s the same concept in automobiles,” Hemphill added. “You have all these different systems talking to each other and they could potentially compromise the entire system with the right data breach.”

As E-Mobility technology evolves so too will the need for stronger cybersecurity measures.

“Internally, we’ve launched our own series on cybersecurity and how to embed it in our mechatronic systems,” Hemphill added.

The proverbial ‘hype train’ on autonomous vehicles has slowed down recently, but Hemphill believes companies in this market segment are farther along than people think.

“Waymo is a perfect example,” Hemphill said. “They’re giving away hundreds of rides per week without a safety driver. In my opinion, that is a lot of autonomy out on public streets.”

In fact, Waymo published a recent report discussing the most important things an intelligent driver needs to do to understand what the road users around it are going to do next. Is that pedestrian trying to cross the street? Is that car parallel parked, or about to pull into my lane? Will that speeding vehicle stop at the stop sign? Accurately predicting the behavior of other road users is one of the hardest problems in autonomous driving. It also has significant safety implications.

In addition, Aicha Evans, CEO of the American autonomous vehicle company Zoox, recently told Bloomberg that commercial launch of its urban transport vehicle won’t be coming in 2022, but it’s coming “a lot sooner than people imagine.”

Hemphill believes autonomous driving will be coming in the not-so-distant future in known routes and Geofencing—the act of limiting automotive autonomy to certain geographic areas.

“I don’t know if the day is coming soon when you can push your key fob and the vehicle will take you from Columbus to Pittsburgh, but the technology is certainly moving in the right direction,” Hemphill added.

Safety will continue to play the biggest role in the success of the autonomous vehicle.

Alongside electronic accelerator and brake activation, SPACE DRIVE features steer-by-wire functionality, which enables safe and reliable vehicle steering by purely electronic means, thereby eliminating the need for a steering wheel, steering column and associated mechanical linkages. Steer-by-wire is a key enabling technology for self-driving cars, for which safe and highly reliable steering is a fundamental requirement. Even in part-time autonomous passenger cars with steering wheels, the space saved by eliminating the steering column opens up completely new possibilities for vehicle and cab interior design.

“This technology has a billion kilometers of use and it was all developed based on the idea that people with physical disabilities could drive a normal vehicle,” Hemphill said. “As this reliable drive-by-wire technology continues to develop, we’ll be able to answer some of the challenges facing autonomous vehicles in the future.”

The Year of Zoom Meetings

What might be most fascinating about our conversation in 2021 is how a technology-driven organization like Schaeffler didn’t miss a beat when faced with the many obstacles of 2020.

When the pandemic hit, Hemphill wasn’t sure how day-to-day operations were going to play out. “I used to travel two to three days per week and now I haven’t left my spare room in six months!”

He was amazed at how quickly Schaeffler’s IT department was able to get the company online.

“It happened almost overnight, and we’ve been able to conduct everything virtually—even collaboration with our customers. It’s worked out much better than we first imagined.”

In fact, Schaeffler has begun more advanced E-Mobility and next generation transmission projects during the pandemic then before it began.

“In the long-term, the question will be how much did we rely on being in the office for the company culture, the sharing of ideas, standing around the coffee machine, etc.? How much will we travel in the future? How much work will still be completed from home after this is all over? It will be interesting to see how the pandemic will alter corporate culture,” he added. 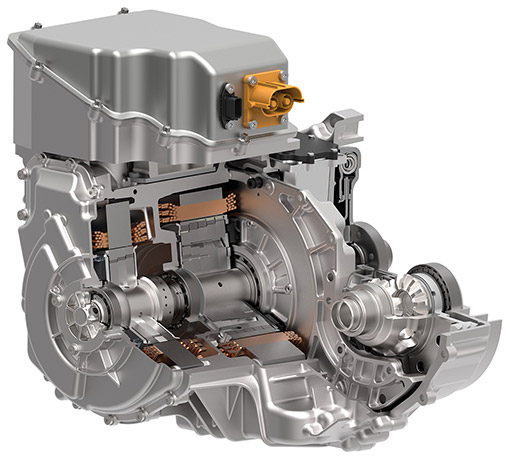 “SAE has been a constant presence throughout my career,” said Hemphill. “Its mission — to advance mobility knowledge and solutions for the benefit of humanity — s of critical importance during this time of rapid innovation and industry transformation.”

In the broadest sense, Hemphill simply wants to keep the flywheel turning during his term as president. “I don’t think a lot of people realize how much SAE does for the mobility industry. Everything that is critical to innovation including standards, technical papers, education, etc. I want to simply keep the momentum going in these areas.”

Some of his personal goals for the position include examining how intellectual property intersects with standards. “This has been an issue in the cellular market and we’re beginning to see it in the automotive industry as well.”

Hemphill would also like to be an ambassador for SAE’s OnQue Digital Standards System, an intelligent solution that revolutionizes the delivery of standards while enhancing their utility.

So, we’re back to that question about what our roads are going to look like, how are vehicles are going to operate and what the future holds for E-Mobility?

Hemphill believes we’ll see electrification continue to grow in the light vehicle fleet. While significant changes will start to take shape in the automotive industry, 70 percent or so of the vehicles on the road will still have a combustible engine even if they’re a hybrid.

Last mile delivery—the movement of goods from a transportation hub to the final delivery destination—is an area where E-Mobility could really take off. UPS, Amazon, the U.S. Postal Service etc. can benefit from electrical fleets.

“More companies are embracing these technologies and it’s the perfect platform for electric vehicles,” Hemphill said. “The total cost of ownership (TCO) can be much less in this market segment if the operator doesn’t have to change the oil, doesn’t have to change the air filter, and the brakes only need to be changed half or one-third of the time. I think this will be the fastest growing area in E-Mobility and electrification. It just makes good commercial sense.”

Meanwhile, Hemphill will continue to meet with his team at Schaeffler, look carefully at the E-Mobility trends and forecasts and determine what course of action the company will take next.

“We’re always trying to decide what area to spend our R&D efforts,” Hemphill said. “You’d like to do a little bit of everything, but you simply can’t. It’s important, however, to have some of your research efforts focused on the future. It’s a constant portfolio balance, I’d say.”