We use cookies to provide you with a better experience. By continuing to browse the site you are agreeing to our use of cookies in accordance with our Privacy Policy.
Home » Blogs » Revolutions » SKF Plain Bearings Utilized in Suspension Bridge Project

Matthew Jaster, Senior Editor, has a B.A. in journalism from Columbia College Chicago and has 15+ years of writing and editing experience in automotive, manufacturing, engineering, law and arts and entertainment. He's been with Gear Technology since 2007.

Bearings from SKF are playing a key role in a record-breaking engineering project – the world’s longest suspension bridge, which recently opened on March 18, 2022, in Turkey. The bridge was completed 18-months ahead of schedule. The 1915 Çanakkale Bridge spans a distance of more than 4 km across the Dardanelles strait in the northwest of the country. It forms part of a larger road construction project worth more than €3 billion.

“We’re excited to be part of this extraordinary endeavor,” says Andreas Borek of SKF. “We co-operated with DLSY JV, to analyze the requirements of bearings needed to overcome important obstacles in the project.”

In total, SKF supplied more than 340 plain bearings for the bridge.

The plain bearings that were produced in Schweinfurt, Germany are located at the top and bottom of the bridge’s vertical suspender cables. They help to transfer extensive loads from the bridge’s two main cables and its deck. At the same time, they accommodate radial, axial and diagonal micro-movements that occur between the bridge and its supporting cables. 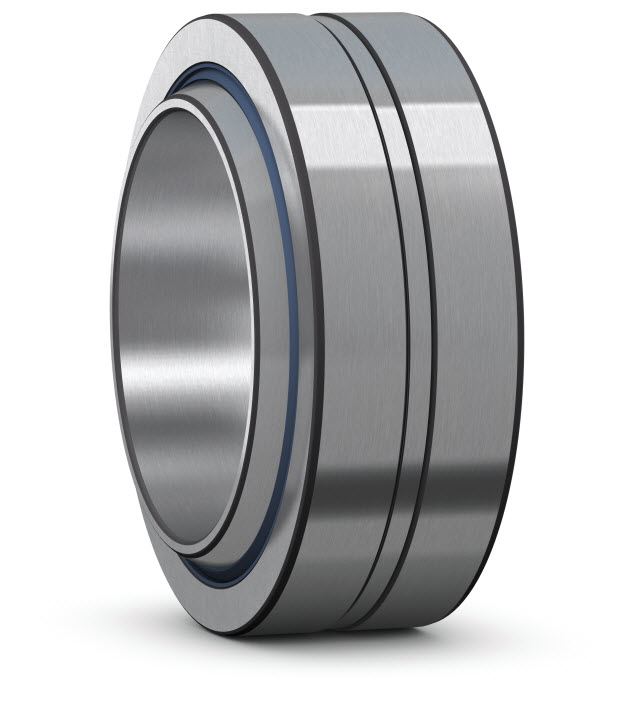 SKF performed extensive testing and qualification to show that its plain bearings were suitable for use on the 4 km-wide bridge in Turkey.

As well as being able to carry high loads, the bearings must be corrosion-resistant due to the bridge’s coastal location. After carrying out salt-spray tests in its laboratory in Schweinfurt, SKF supplied bearings that were protected with a special surface coating technology. 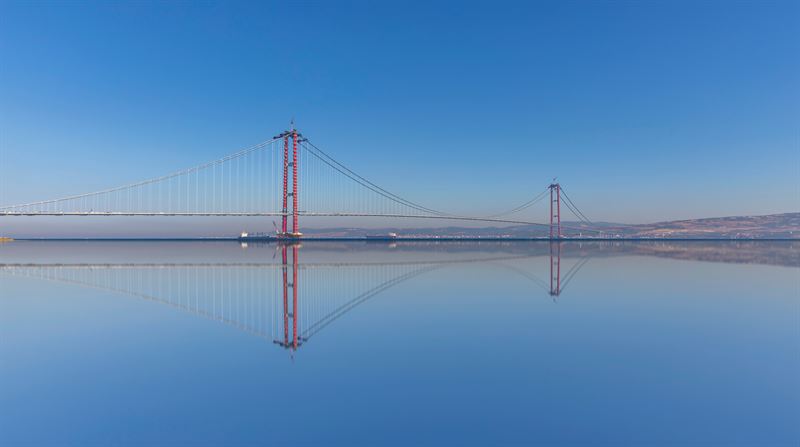 Tendered by the Turkish Ministry of Infrastructure and Transport, General Directorate of Motorways on 2017, the project was financed and constructed by the Turkish-Korean joint venture partners – DL E&C–Limak–SK ecoplant–Yapı Merkezi. The 1915 Çanakkale Bridge and Motorway will enable the crossing between Asia and Europe continents in six minutes through the Çanakkale Strait (Dardanelles). It will also provide a new heavy transit alternative to the Istanbul Strait passage, meaning faster and more cost-effective freight transport, as well as strengthened economic, political, tourism and social bonds for the region.