We use cookies to provide you with a better experience. By continuing to browse the site you are agreeing to our use of cookies in accordance with our Privacy Policy.
Home » Looking Back, Looking Forward

Is it just me, or did the rest of you also blink and find that 2022 had whooshed by before you knew it? Here we are, on the cusp of 2023. As always, we find ourselves reflecting on the year past and looking forward to the one coming up.

In many ways, 2022 has been a return to normalcy—at least as far as COVID is concerned. What seemed to dominate the headlines since early 2020 has become almost an afterthought for many. Masks wearing has become the exception rather than the rule, and crowded gatherings have become normal again.

Trade shows have become normal again, and although most are not yet back to pre-2020 levels, they’re at least considered part of the marketing mix again for a lot of companies, whereas over the last two years, many companies just dismissed them out of hand. Travel was restricted. The fear seems to be mostly gone.

But what 2022 also reminds us is that there really is no normal. One crisis is often replaced by another. COVID may no longer be front and center, but its aftereffects are still with us, at least as far as the supply chain goes. Add to that the effects of the war in Europe and the disruptions in the food supply and the oil and gas industry, and it looks like it’s going to be a rough winter for much of Europe.

And then there’s inflation.

So there’s a lot of uncertainty out there, and we’re by no means ready to celebrate the good times just yet.

That being said, most of the manufacturers I’ve talked to recently have said they’re still going strong. Many are still working to fill the backlog of orders they’ve had over the past couple of years. I’ve heard no indication that anyone is looking to cut staff. Where they’re reducing head count at all, it’s through attrition and strategic investment in automation to fill the gap.

I have heard recently, though, that orders are beginning to soften. Over the past several months, for example, the ISM’s Manufacturing Purchasing Managers Index was at 50.2% in October. Technically this still indicates manufacturing growth (for the 29th consecutive month), but that growth has definitely slowed, as the number has crept steadily toward 50%, which marks the delineation between growth and contraction. I won’t be at all surprised if we see the PMI drop below 50% before the end of 2022.

So there’s a lot of uncertainty in the air. Manufacturers are preparing for the slowdown, and they’re trying to figure out if their backlogs will carry them through the downturn. They’re hoping they don’t see order cancellations and that the markets will correct themselves sooner rather than later.

Compared to COVID, these seem like normal problems. But they’re still problems, and not small ones, either.

Here at Power Transmission Engineering, we’re taking a positive outlook on 2023. Demand will continue to be high, and manufacturers will continue to produce. Like many of you, we expect challenges ahead, but we’re looking forward to meeting them. 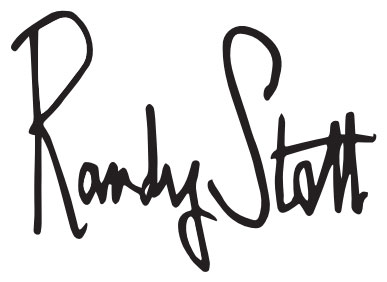 We’ve Got You Covered

More from this author