We use cookies to provide you with a better experience. By continuing to browse the site you are agreeing to our use of cookies in accordance with our Privacy Policy.
Home » How to Improve the Energy Efficiency of Your Hydraulic Systems

How to Improve the Energy Efficiency of Your Hydraulic Systems

It’s no small decision to invest in new hydraulic equipment. In addition to potentially daunting initial costs, other costs such as maintaining and running the equipment must also be taken into account. Taken together, these costs are called the total cost of ownership (TCO). When purchasing managers consider what equipment to add to their fleets, the TCO should factor heavily in the decision. One of the important influences on TCO is how the hydraulic fluid alleviates maintenance and operational costs.

Using the proper hydraulic fluid can lower TCO and allow end users to increase the profitability of their machines. In this article, we will discuss how hydraulic fluids containing performance polymers can improve equipment’s energy efficiency without affecting durability—and we offer real-world examples of the ways improved energy efficiency can positively affect the equipment’s overall performance.

Developing an effective hydraulic fluid is not a simple process. In fact, lubricant manufacturers must sift through many formulations before deciding which ones to take to market. In most cases, the different formulation candidates must undergo a rigorous four-step process: 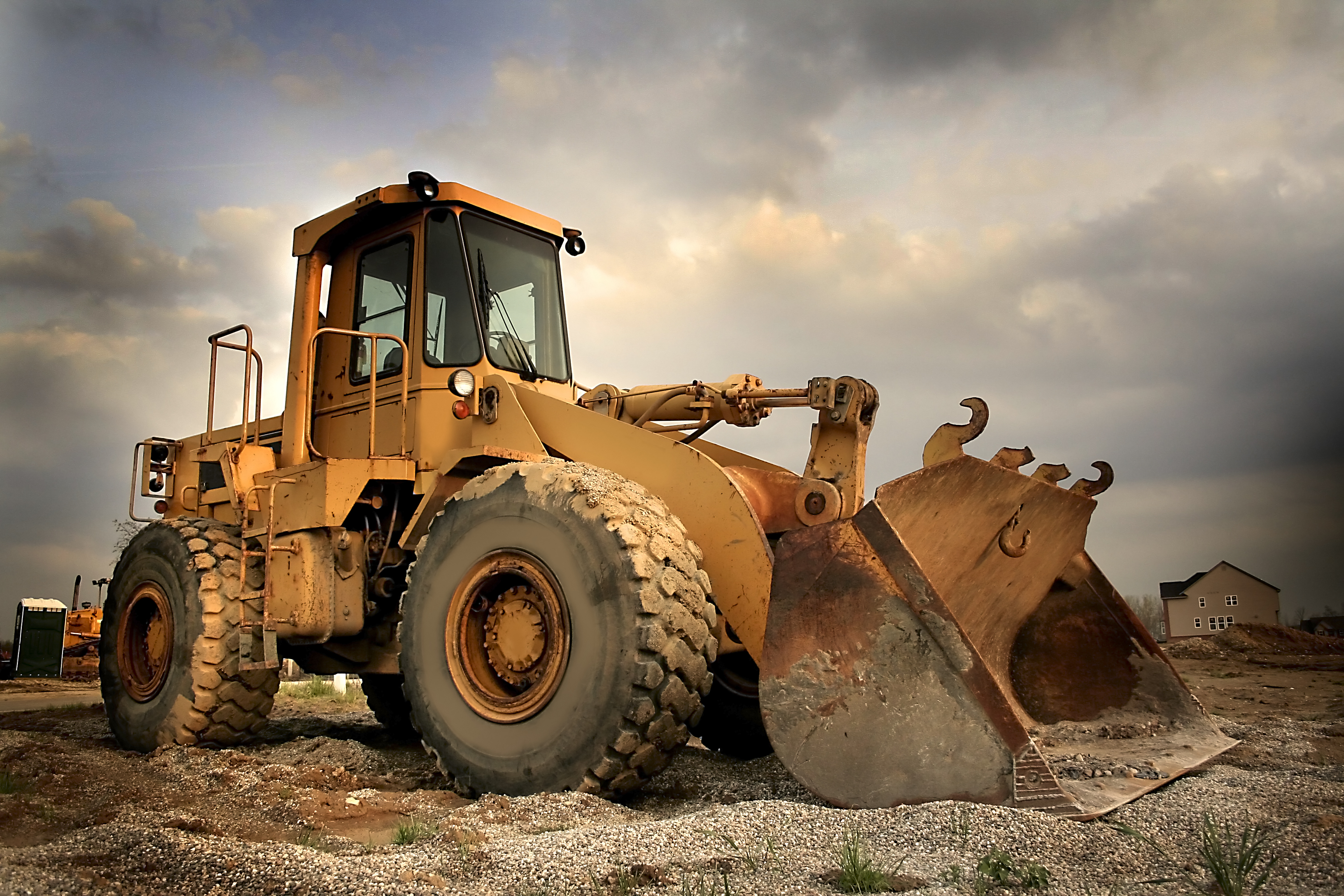 Laboratory studies: First, researchers must run initial tests in a controlled, laboratory environment to see if specific fluids can even be used in hydraulic applications. Several bench tests are used to separate promising fluids from those that won’t make the cut, and the ones that show the right characteristics are moved on to the next step.

Performance testing: While still done in the laboratory, the most promising fluids now undergo further testing on proprietary test rigs. The test rigs have been scientifically designed to replicate real-world conditions without the vagaries often encountered with in-equipment testing. This narrows the number of fluids once again, and the leading candidates are then moved to in-equipment testing.

Equipment testing: All the theoretical work in the world is no substitute for seeing how hydraulic fluids operate in actual equipment, which is what happens at Stage 3. The leading fluids are still not subjected to outside factors because the equipment is still operated within laboratory conditions, but it will reflect how the lubricant will behave in equipment environments. Only the best-performing hydraulic equipment progresses beyond this point into the final proof of its effectiveness as a lubricant and protector of the equipment’s inner workings.

Final proof: After all possible proof has been done in the laboratory, it’s time to put the best hydraulic fluids through their paces under real-world, actual working conditions. How the fluids perform at this stage will determine whether they are ready to be brought to market.

Most multigrade hydraulic lubricant formulations today contain important elements referred to as performance polymers. In contrast with conventional monograde lubricants, performance polymers allow the fluids to operate in a wider range of conditions, providing consistent fluidity during cold-weather startups and maintaining proper viscosity and protective fluid film thickness when internal equipment temperatures increase. In addition, individual performance polymers also bring other important characteristics based on their formulation. Our focus in this article, however, will be on the specific advantages of using energy-efficient hydraulic fluids (EEHFs) to the overall TCO.

As discussed earlier, fluids are first tested in the laboratory to ensure they perform to the expected standards for different hydraulic applications, and that is no different for EEHFs. Under laboratory conditions, EEHFs that contain energy-boosting performance polymers (EPPs) lower traction coefficients by 9% compared to standard multigrade fluids. Practically speaking, that means the fluid more efficiently through the equipment. In addition, it has been demonstrated that they also reduce shear loss by 49%. Together, these results show that EEHFs allow equipment to perform more efficiently without sacrificing the protection of the equipment’s components. EEHFs also show excellent performance in low-traction/high-efficiency applications, thermal and oxidative stability and are NSF H1 approved.

After proving themselves under laboratory conditions, the fluids are subjected to performance testing in elaborate test rigs, which are designed to mimic the hydrostatic drive system found in mobile hydraulic equipment. These tests are generally far more sophisticated than the initial lab testing and allow researchers to observe how the EEHF performs across the entire system.

When subjected to conditions in the test rigs, lubricants with EPP have been shown to improve efficiency by 28% and durability by more than 49%. To achieve these improvements, EPP are designed to reduce the inefficiency caused by secondary flows, which occur in a bend or change in pipe geometry. The test rigs have also revealed that EEHF with EPPs not only improved efficiency and durability, but also reduced the amount of power loss within the rigs.

Encouraged by the improvements seen in the test rigs, the next step was to put the EEHF with EPP into actual hydraulic equipment in climate-controlled chambers with controlled duty cycles. In these tests, the fluid reduced fuel consumption by 3.8% because the EPP forms flexible chains of small diameter with respect to their overall contour length. This allows the fluids to become viscoelastic because of their large extensibility parameters. At this point, the testing results were so encouraging that the candidates had reached the final step of testing before they were produced and brought to market. Since real-world hydraulic equipment can either be mobile or stationary, it’s important to test them under both such conditions.

In the case of the mobile testing, it would ideally be completed in both winter and summer seasons to show how much fuel consumption is reduced under year-round conditions. The results of the testing showed that EPP can reduce fuel consumption by 1.4% in the summer and 2.7% in the winter, resulting in significant cost savings for the operator.

In stationary equipment, the method of measuring efficiency is different. Instead of reduced fuel consumption, efficiency can be measured by the amount of electricity used to power the equipment. Under these conditions, EEHF with EPPs have a demonstrated capacity to lower electricity usage by 8.5% over monograde fluids traditionally used in these applications. Additionally, they can help stationary machines operate more effectively, which allows operators to produce more parts per production run—once again improving the cost-benefit ratio to the operator. 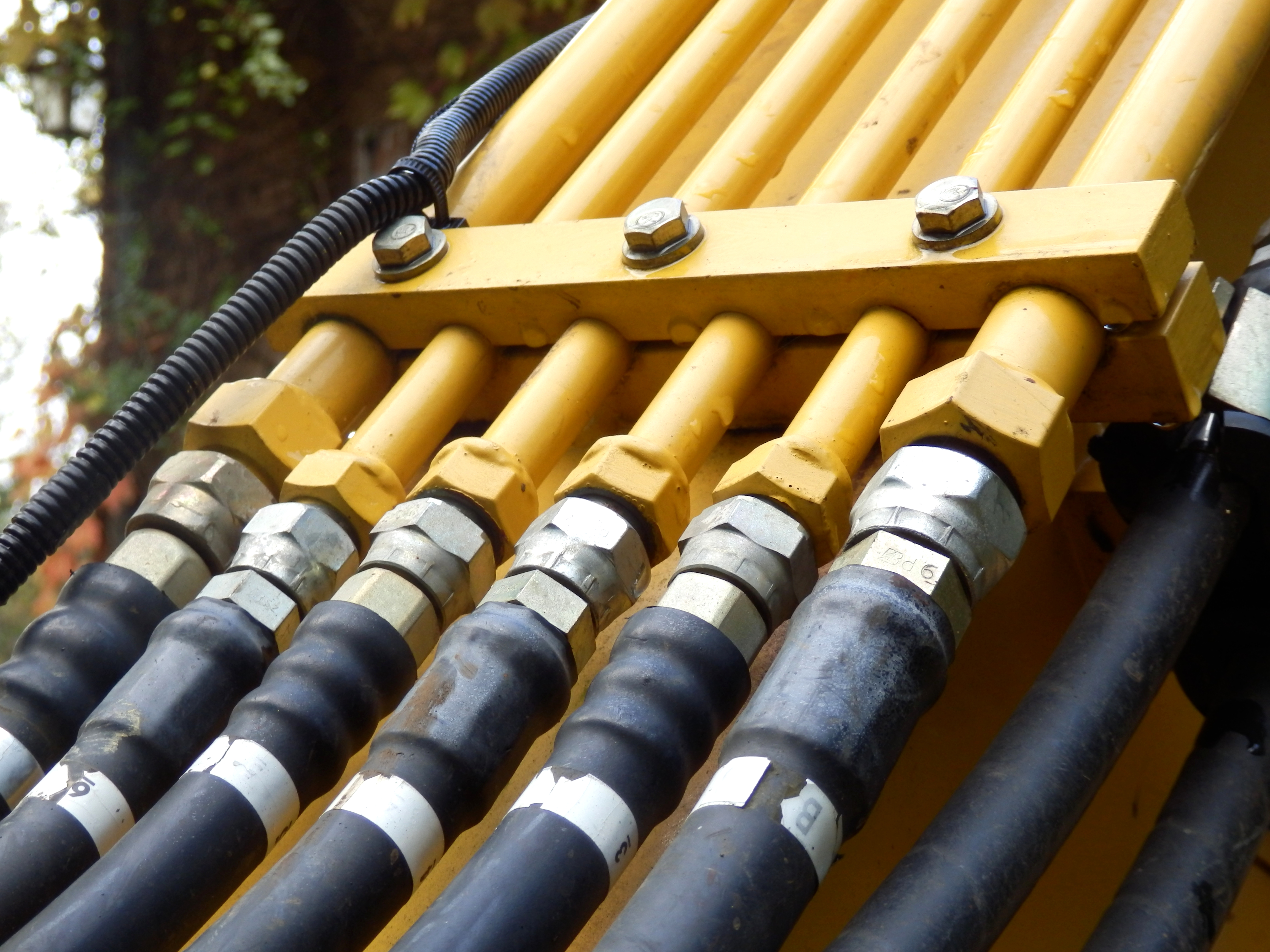 To save money when deciding to invest in new hydraulic equipment, choosing the proper hydraulic fluid can have a significant effect on the TCO.

To save money when deciding to invest in new hydraulic equipment, choosing the proper hydraulic fluid can have a significant effect on the TCO. It’s important to consider how energy efficient the hydraulic fluid you’re using is. After all, EEHF can reduce the amount of money you spend on maintaining and operating your machines while not sacrificing the protection of the equipment’s components. Improving the energy efficiency provided by your hydraulic fluid will bring real-world savings to your business’s bottom line.