We use cookies to provide you with a better experience. By continuing to browse the site you are agreeing to our use of cookies in accordance with our Privacy Policy.
Home » Motor System Reliability Considerations for Cost-Effective Purchasing Decisions

In specifying a motor for an industrial application, reliability should be the first consideration above even price. Compromised productivity and downtime on an assembly line can cost far more in the long run than a motor’s initial purchase price. The initial outlay for a motor is almost inconsequential in relation to its total cost of ownership. Motor reliability is crucial to equipment operation and smooth-running processes, which affect the bottom line much more significantly than buying equipment. Original equipment manufacturers (OEMs) can minimize the cost of ownership by using highly efficient motors and recognizing when unreliable motors are driving up the operating costs of their applications.

How long should a motor last before failure? This is an open discussion. Some experts suggest a design life of 15 to 20 years. Many motors are known to last much longer than that, while others fail in the first few years of operation, which is consistent with a bathtub curve where the front end relates to manufacturing variations, poor maintenance processes, or misapplication, and the back end relates to aging of the motors. A motor failure, for the purposes of this article, is a condition requiring the removal of the motor from service to repair a fault that results in an inability to provide one or more fundamental functions.

Bearing failure is the most common cause of failure in induction motors (the primary motor type in an industrial setting) followed by winding failures, which together account for 60 percent of all motor failures, with half of those occurring during normal operation. No OEM can afford to equip each and every motor in a plant with detection systems that would warn in advance of failures, so some equipment failure on the plant floor should be expected. The rate of failure, however, must be contained in order to keep an operation running smoothly and profitably. 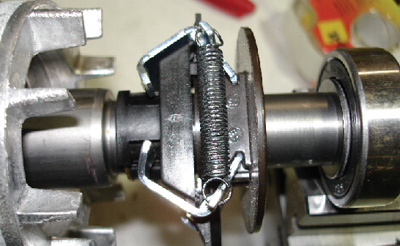 Many industrial processes are driven by motors, and huge costs can be associated with lost production and downtime. Product downtime costs vary greatly, but the low end of downtime cost is estimated at about $4,000 per hour for building materials to $10,000 per hour for cement plants and up to $2 million per hour for the refining industry. The cost of downtime due to equipment failure is not always measured in monetary terms. In evaluating cost of downtime (COD), failures that result in environmental or human safety issues are of the highest priority.

In ensuring motor reliability, there is clearly more at stake than profits and expenses; motor and equipment failure can also put an equipment manufacturer’s reputation in the marketplace at risk. OEMs often purchase motors by the thousands or even millions. Since these motors go into products branded with the OEM’s name, the motor’s quality and reliability become synonymous with the OEM, regardless of the motor manufacturer. OEMs are continually challenged to take cost out of their product, and the motor is often one of the most expensive components in the system. With rising iron, steel and copper prices, it is becoming more and more challenging to find low-cost, high-quality motors.

Whether the issue is large motors operating in plants or smaller motors operating in an OEM’s primary product line, both manufacturers and end users are under exceptional pressure to reduce the cost of production, the cost of products and the cost of warranty claims just to stay competitive. If a motor is not performing well over time, an OEM may consider replacing it with a new model. The decision to replace a motor must be given a bit of thought, as it is not a simple switch-out maneuver.

When motors are used as recommended by their manufacturers, they are usually highly reliable and, just as important, repairable. But while a motor may be repairable, in some cases (such as with small motors) it is more cost effective to simply replace them. 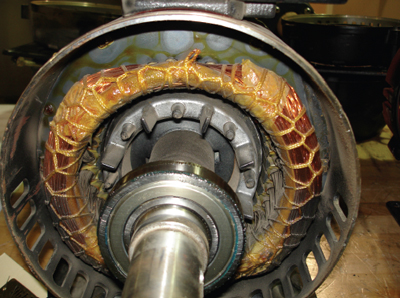 To quantify a motor’s reliability, accurate and dependable data is required. This can be difficult to track and calculate, even if plant personnel can collect historical failure data during operation, because it may not be possible to ascertain the reasons for the failure. In addition, this method often does not allow for accurately recording the operating environment in which the failure occurred, and this is often a key issue in failure because different motors in different environments experience different conditions.

It is also possible to utilize model predictions to analyze equipment and system components to determine failure rates, but this requires complex mathematical formulations. The most pragmatic way to obtain failure data is through physical testing, an approach that is more suitable for smaller motors.

What type of information is beneficial for motor evaluation? There are several ways to evaluate and compare incumbent and potential replacement motors:

During endurance tests, the OEM at times requires a number expressing motor reliability for a critical process. To obtain this number, carefully designed testing of a number of identical motors will be necessary. There are two main ways this can be achieved. One is to measure the time to failure for sample motors, fitting the data to an appropriate distribution and analyzing the results, which will reveal the probability of a certain lifetime for the motors. Unfortunately, the sample motors must be tested until each fails, and that may take an extended period of time and not be cost-effective.

The second method specifies the desired motor reliability in a given time period and tests a statistically significant sample to demonstrate that the product meets the reliability goal. A few motors can be tested over a long period of time or a high number of sample motors can be tested in a short time, but both options can be expensive. A compromise can be found through speeding up the testing cycle with a reasonable number of samples that are analyzed with statistical tools to determine reliability. These methods are really only efficient for single-phase motors and three-phase motors smaller than 5 hp, which constitute much of the industrial OEM motor population. 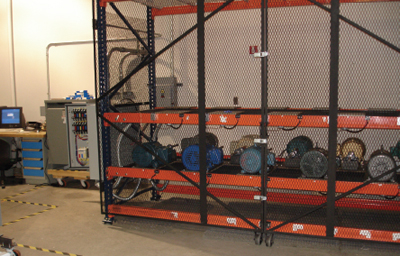 Single-phase induction motors often develop problems with the starting circuit components (which are more susceptible to failure than other motor components). An endurance test in this case might involve rapidly cycling the motor on and off under load, causing severe stress, inrush current and severe electromechanical forces. The rapid cycling can also overheat the motor windings and bearings, accelerating motor failure. This is an example of how endurance tests are designed so that failure mechanisms of interest are accelerated.

This testing practice, however, is not practical for multiple large motors. A better method for larger motors would be examining historical data on motors operating in a given plant. Unfortunately, few plants keep sufficiently detailed records of their motors and failures. But even if they could, the number and types of motors vary so much in a single plant, comprised of different manufacturers, with each motor operating under such different conditions, different maintenance practices and different operating schedules, that it is doubtful any statistics gleaned from such research would be dependable.

Vendor qualification testing can provide some assurance regarding reliability and the lifetime cost of a new motor. This involves a battery of performance tests as mentioned above, including temperature rise, locked rotor and breakdown tests as well as motor build and inspection analyses (MBIA). In the MBIA, sample motors are torn down to examine and compare component quality to that of the incumbent motor.

Case Study
Recently an OEM that manufactures a wide array of products and control systems needed to evaluate motor performance to select the best motor for its application. The OEM has a world-class testing lab with strong capabilities but was not equipped to test motors, so it began consulting with Advanced Energy for guidance.

A global RFP was sent out with several motor manufacturers responding. Through performance testing (speed-torque curves) matched against the OEM’s set objectives, the candidates were quickly whittled down to two brands. The next task was to determine, through testing, which motor would hold up best to the operating parameters it would face. Testing the motors over their life spans in the field was not feasible or practical. Devising a test in the lab that could simulate the operating life could be done but might take years—again, not practical.

The OEM’s engineering team was determined to make the best choice and do it within the project timeframe (about three months). Through discussions with Advanced Energy’s motor systems engineers, it was determined the capacitor start motors being considered for this application were most vulnerable at the start windings and the switch that automatically engages the run winding once the motor comes up to speed. Also, it was determined by the OEM that during a normal operating life its product systems would be operated (turned on and off) 300,000 times. The last thing to determine was how many motors had to be tested to get a fair representation of each supplier.

With five motors from each supplier (10 total) in hand, the Advanced Energy team went to work building a test rig and devising a control mechanism to test for motor reliability. There were many issues to be addressed to get 300,000 start/stop cycles within an acceptable time frame: the motors needed to be loaded; they needed to come up to speed to engage the capacitor switch and stop again so they could be restarted quickly; a system for control and remote monitoring needed to be established, as testing was continuous, seven days a week; and temperature rise from rapid starting and stopping needed to be monitored and minimized as a variable due to the accelerated life cycle testing each motor was being subjected to.

After 10 weeks of testing, the OEM now has the information needed to make an informed decision. Its team members have specified to the winning supplier the exact design they will need. And to be on the safe side, they are bringing back more of these motors for further reliability testing in the lab.