We use cookies to provide you with a better experience. By continuing to browse the site you are agreeing to our use of cookies in accordance with our Privacy Policy.
Home » A Record-Setting Week at IFPE 2008

A Record-Setting Week at IFPE 2008 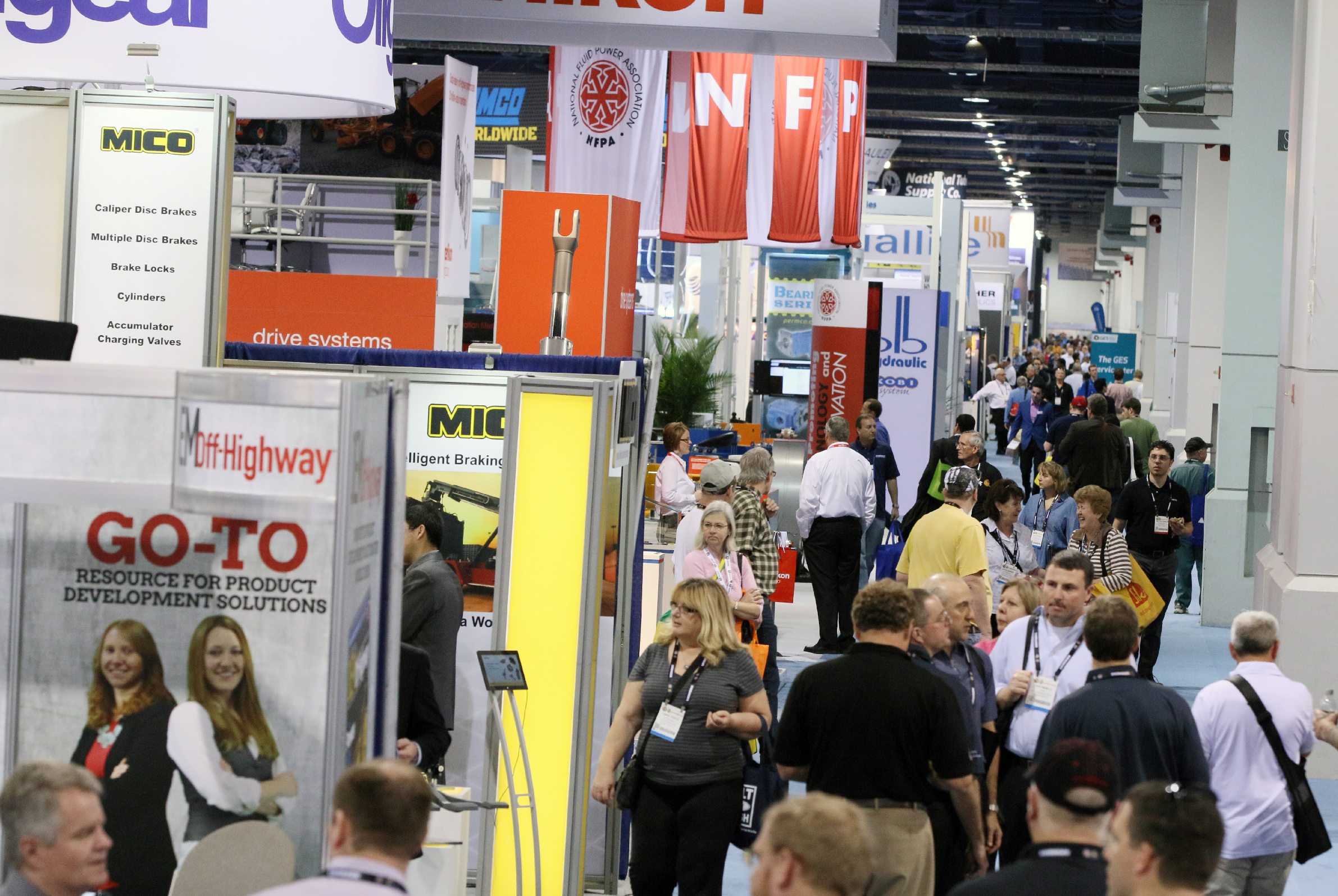 With its labyrinth of cranes, cement mixers and Mack trucks, the entrance of CONEXPO-CON/AGG and IFPE 2008 looked more like a carnival than a trade show. The sights and sounds of drills, saws and engines, however, reminded guests they were heading into a construction, aggregates and ready-mixed concrete exhibition, boasting more than 18 billion pounds of freight.

Fortunately, walking sticks were provided to get around all of it.

Beyond all the bells and whistles of CONEXPO-CON/AGG, IFPE 2008 was quietly taking place on the 2nd floor of the South Hall at the Las Vegas Convention Center. Here, among the suppliers of hydraulic, pneumatic, electrical and mechanical power transmission products, trade show life was less invasive and not so noisy.

According to convention organizers, the CONEXPO-CON/AGG and IFPE 2008 trade show attracted record numbers with more than 144,600 in attendance from March 11–15. IFPE 2008 was the largest in its history, showcasing 129,000 square feet of exhibit space used by 469 organizations. The conference offered 111 papers from industry experts as well as registration from more than 1,700 participants for the education sessions. More than 530 industry-related meetings were held in conjunction with the trade show. 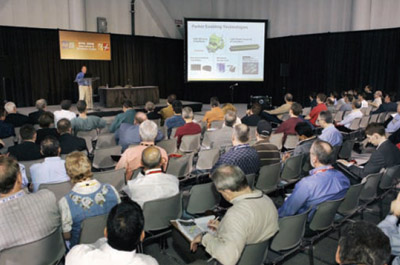 While the South Hall did not share the circus atmosphere of the outdoor lots, companies including Oerlikon Fairfield, Bosch Rexroth, Parker Hannifin, Gates Corp. and the National Fluid Power Association (NFPA) did their fair share to garner some attention with prominent exhibits on the 2nd floor. Oerlikon Fairfield, for example, built a two-story extravaganza with a coffee bar. The Gates Corp. displayed a Harley-Davidson motorcycle suspended in mid-air by one of its poly chains. The NFPA offered guests leather couches to escape from the cluttered exhibition hallways.

By mid-afternoon on Thursday, March 13, the exhibition floor was wall-to-wall people with attendees making contacts, testing new equipment or simply comparing products. Although a few exhibitors felt the show was almost too big to see everything, most were happy with the relationships, both old and new, that came out of IFPE 2008.

“We’ve been really busy here for three days,” says Melissa Piano, marketing services manager at Parker Hannifin. “It’s been a little chaotic at times, but we’ve had very good conversations with the people we came here to talk to. This is a great outlet for Parker.”

Ted Han, general manager of engine sales at Mitsubishi Engine, was impressed with the foot traffic over the course of the week. “We’ve been to bigger shows in Asia, but this is the most feedback we’ve gotten from customers at a North American exhibition. We look forward to returning to IFPE in 2011.”

While most organizations arrived at IFPE to market specific products and services, the American Gear Manufacturers Association (AGMA) had an entirely different agenda.

“People keep coming up to our booth asking what it is we’re selling and we tell them we’re here simply to promote our members,” says Jan Potter, vice president at AGMA. “This has been a very productive show for our organization. We literally have people from all over the world here promoting the gear industry. It’s nice to have several of our members sharing space here in the gear pavilion.”

The AGMA gear pavilion was just one of the many focus areas on the IFPE show floor. Other areas included the sensors pavilion, the Power Transmission Distributors Association (PTDA) pavilion as well as international booths from China, Italy, Spain and Taiwan. 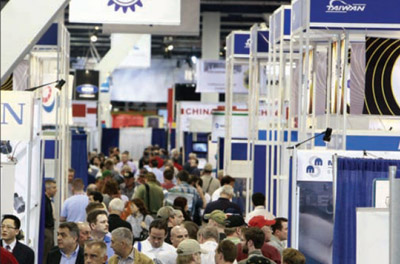 These specific booths ultimately created a concentrated area for exhibitors that provided similar products and services, a well-planned move by show organizers.

Regrets—just as Frank Sinatra once proclaimed—well, there were a few.

Some attendees had little or no time to see much of anything outside the South Hall. People were constantly flipping through maps and directories hoping to find a particular education session or program. The ebb and flow of the foot traffic, in fact, greatly depended on the mission of the attendees.

“It’s such a large show, people have to have a determination to see who they want to see before it’s over,” says Allen Graham, WEG south central area manager. “For those who attend with certain goals in mind, I feel it’s a great opportunity. They miss the chance to see some really great things if they’re just walking around without a purpose.”

The organizers and developers of IFPE 2008 should be properly commended, however, for jumping through all the hurdles needed to pull off an exhibition of this size. Hosting IFPE 2008 with CONEXPO-CON/AGG allowed many in the industry to meet the people they needed to meet from all the different facets of the manufacturing community.

Show organizers believe the event alone brought the city of Las Vegas more than $233 million in revenue, not counting what visitors lost at the craps, roulette and blackjack tables during off hours.

From a general perspective, the attendance numbers and overall attitude of the guests proved that U.S. manufacturing seems to be doing all right at the start of 2008. How long this will last depends on whom you talk to.

The next edition of the CONEXPO-CON/AGG and IFPE show will take place March 22-26 2011 at the Las Vegas Convention Center. For more information, visit www.ifpe.com.